by Chris M. Stevens
PEORIA, Ill. — Plumbers provide protection. Safe water and effective sewer systems prevent disease. Tuberculosis once spread far and wide from unsanitary public drinking water. Much like the fabled Marshal from Gunsmoke, the local Dillon clan can and will continue to provide the Peoria region and beyond, protection. Their law, their order, their contribution: safe drinking water, sewer systems, and plenty of jobs for members of the union building trades.
As union-affiliated JC Dillon Plumbing celebrates its 100-year anniversary, much like his former family members, President John Dillon, an Operating Engineer, had stepped up. “I was twenty-two when dad died of a massive heart attack,” John says, “and I took over the business.”
What propels a company to last a century? Consistent customer satisfaction. “We’re very focused on the quality of our work,” John says, “We’re proud of what we do and back it one hundred percent as we do it right the first time.”
Let’s look back a bit. February 23, 1921, witnessed James Carney Dillon launch JC Dillon on South Adams Street as a union affiliated contractor that performed plumbing repairs and remodeling. An invoice from 1929 on the wall at the current office states $100 for installation of an acid-proof sink and a double faucet. John says, “Today that would be about $1,000.”
In addition to his profession as a plumber, James also had stayed active in local politics. His name is on the plaque as an alderman on the Cedar St. Bridge. “As a kid I remember riding around with him,” John says, “and he knew everyone.”
As JC aged his son, James Leo, who had graduated with an engineering degree from Bradley, took over. “Dad was working at Westinghouse and grandpa got sick,” John says. “Grandma convinced him to take over the business.” 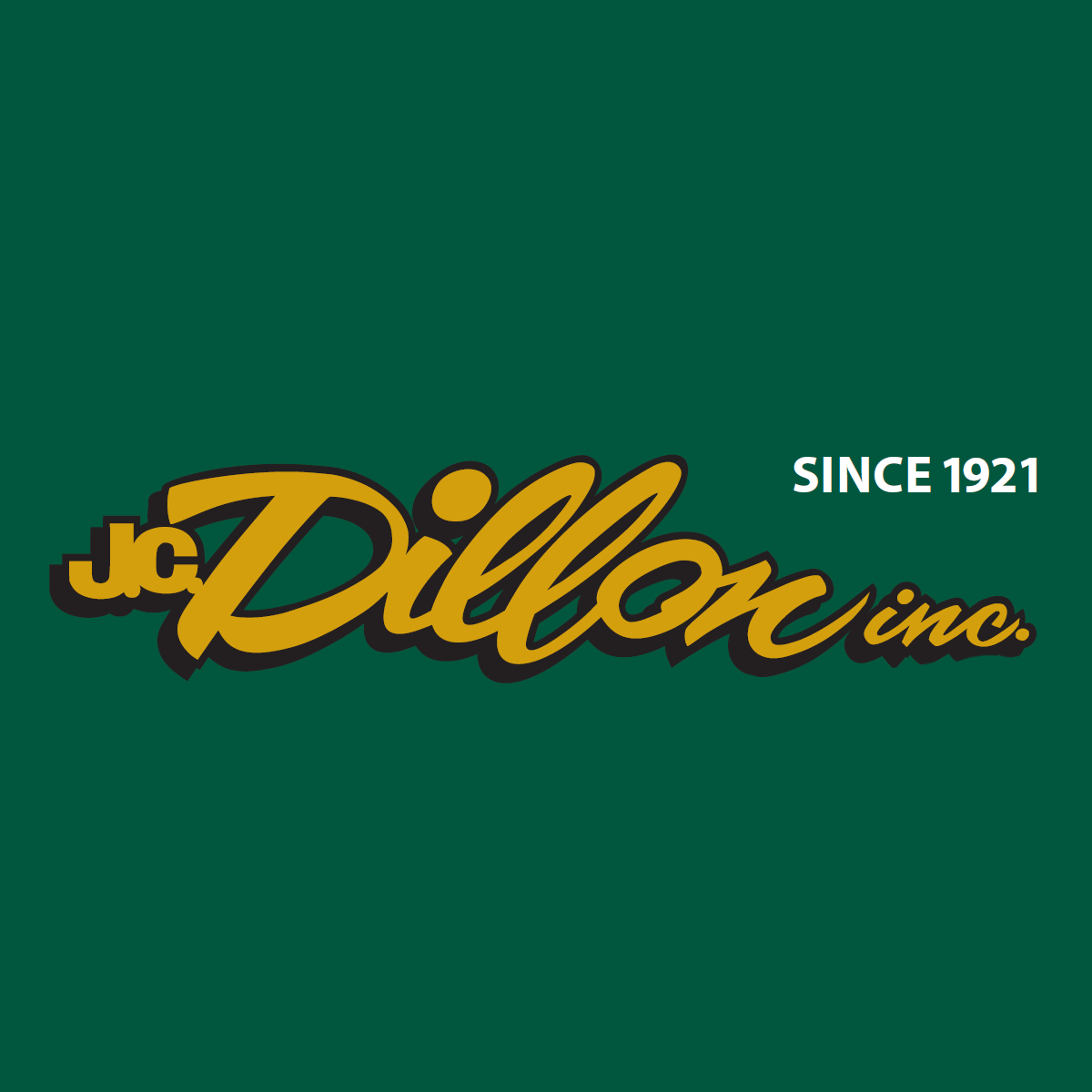 The company under James Clancy had started by doing repair work for both residential and the Peoria Housing Authority. The first major expansion into commercial work came under James Leo. John has overseen the next expansion into excavating and trenching, “Took us to a whole new level,” he says.
When James Leo ran JC Dillon the business cycle of the late 1960s had slowed. “The morning dad died he had taken us to breakfast and laid off a plumber, which left us down to only one,” John says, adding, “and now we have between 86 and 92 employees working.”
Much like the fabled Dillon man named Matt, whose influence rode far and wide, under John’s tenure the company has embraced the newest technology and expanded the company’s reach. “We now do a lot of relining of sewer and water lines,” he says, adding, “we’ve worked in Minnesota, Indiana, Iowa, North Dakota, and Missouri.”
The culture of JC Dillon coupled with their commitment to the employees provides a working environment welcomed by the workers as John adds, “Safety is a huge part of professional construction today. Our people use their head and work safe.”
The superior training the unions provide offers a tangible benefit says Vice President Tim Dillon, a Laborer, “We get good help from the unions.”
The union-affiliated contractors fund the jointly administered apprenticeship and ongoing training programs. The focused effort prepares the members of the union Building Trades to perform at a professional level. “All the trades we hire,” John says, “Plumbers, Laborers, Operating Engineers, all have excellent apprenticeship programs.”
With the company’s commitment to superior quality, John says, “We also conduct and host seminars for our workers.” Example, an equipment manufacturer will hold a class on new controls, features, maintenance, etc.
Despite unwavering determination and skill, to last a century, a business must be capable of adapting to changing times. “I’ve seen the business climate in our area shift,” John says. “Peoria started out all about liquor, then manufacturing, and now the medical facilities will carry us to the next level.” Note. Plumbers install med gas and much more at hospitals and clinics.
Since 2008 JC Dillon has carved out a reputation for providing a cost effective solution to a major problem. “Relining (water and sewer) is the next step in modernizing the infrastructure,” John says. “In our industry, relining has become very prominent,” adding, “it can save a smaller community a lot of money.” As always, quality costs. JC Dillon installs a German system that provides a 30-year solution. “Most of our work in this is out-of-state,” John says.
How has JC Dillon lasted 100 years and where do they go from here? And how will they continue to provide the highest quality, professional construction product?
Vice President Tim looks forward and says, “I think about that every night when I go to bed. Sometimes the move is right in front of you. We’ll continue to grow with the same things that we have done for the last one hundred years, service work, residential remodel, commercial plumbing, and utility work,” adding, “building on what we know.”
Vice President Chris Dillon, an Operating Engineer, says as he looks to the future, “We plan to be ready for the infrastructure that will come.” And as he has one son, Nate, a Laborer, working in the business the outlook for continued success thanks to the Dillon clan looks bright.
Note. Much of the country’s systems and utilities need repair and replacement.
Quality, consistency and communication generate a legacy business. Sounds like the plan for JC Dillon moving forward includes another hundred years of providing high quality service and professional union jobs. How? Customers and employees can rest assured the Dillon clan will continue doing what they have done for the past 100 years.
“Communication with the employees and with the customer is very important,” John says. “That makes them aware of both what and how we do what we do, and why we do what we do. With the expense of things today that helps us make the public and customers aware that we do not take shortcuts,” adding, “we do our work at JC Dillon with respect as if it were our own home, business or community.”